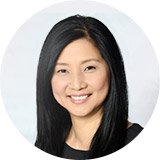 Helen Chang is a bestselling author, speaker and entrepreneur. As the founder and CEO of Author Bridge Media, she has assisted more than 550 authors to write, design and publish their books for credibility, revenue and raving fans.

Her clients include Michael Gerber of The E-Myth books, Dani Johnson of ABC's Secret Millionaire, and Scott McGillivray of HGTV's Income Property. Her authors have landed interviews with top media, including CNN, CNBC, Fox, Forbes, The View,  and Tim Ferris Podcast. With just one book, a client author launched a $100 million empire.

In particular, Helen loves working with people who have experienced failure, despair and struggle, yet rose to gain success, triumph and wisdom. She is passionate about authors with innovative thinking, unique methods and visionary ideas to change the world, as well as those with quiet, heartfelt messages that could save just one person's life.

Helen believes in the power of stories to transform people, whether through books, audio, or other viral media. She finds grace in helping people tell their stories, so that they can inspire others, make a difference, and ultimately, fulfill their own life purpose.

Books saved Helen's life, as she grew up in a scholarly, yet emotionally abusive home. Reading stories helped her discover other worlds of adversity and inspiration and to connect to something greater than herself. She began writing poems at age five, published her first book at age eight, and grew up to become an award-winning journalist for publications including BusinessWeek, San Francisco Chronicle and MSNBC.com.

Helen's first business book was a roller coaster ride. Finishing her first draft, she sent it in, proud of how she had shared the author's journey from shame-filled bankruptcy to satisfying multi-millionaire success. Yet, she was told that the book was "not marketable," since it did not share the author's actual methods that readers could grow from. Crawling into bed with her own shame, she chose to not give up and instead study best-selling business books and rewrite her client's manuscript. The book became a bestseller and the cornerstone of the author's international business.

Helen graduated from the University of California at Berkeley, with a Bachelor's degree in Comparative Literature. From UC Berkeley, she also holds a Master's degree in Journalism, with an emphasis on business reporting.

Born and raised in Honolulu, Hawaii, Helen is now based in San Diego, California. She participates with a Hawaiian-music group and enjoys dancing hula. 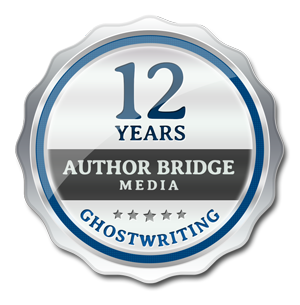